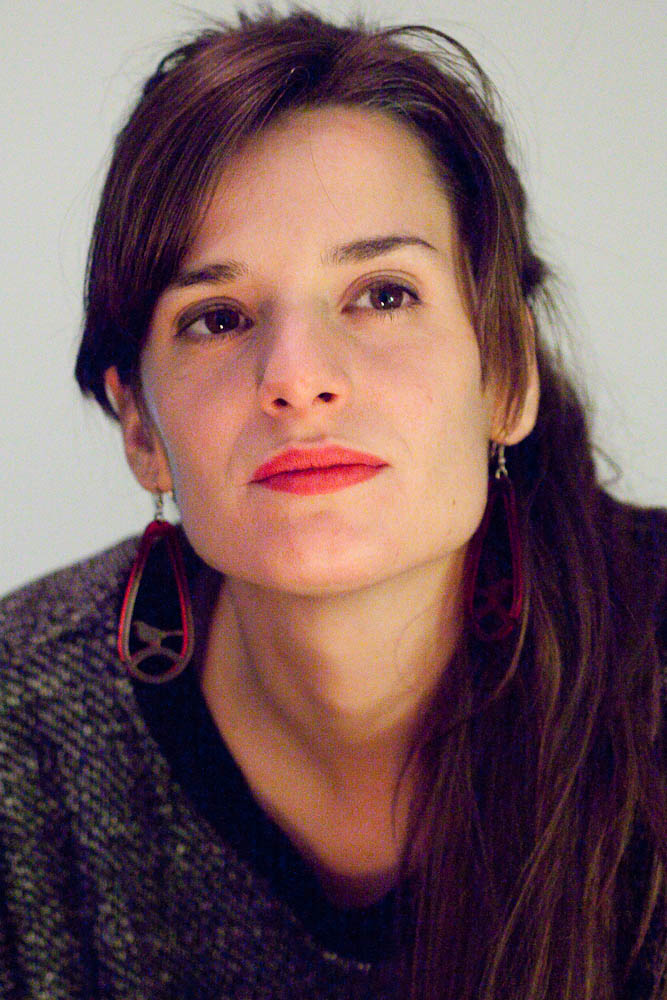 Lola Arias is a writer, director, actress and songwriter. She founded an interdisciplinary artists’ collective with which she develops theatre, literature, music and art projects. Her productions play with the overlap zones between reality and fiction. Arias works with actors, non-actors, musicians, dancers, children, babies, and animals.

Centre stage in Striptease (2007) is occupied by a baby, while its parents fight out a duel by telephone. In El amor es un francotirador (2007), the performers relate true and fictional love stories while a rock band plays live. In Mi vida después (2009), six actors reconstruct their parents’ youth in 1970’s Argentina by means of photos, letters, cassettes and old clothes.

She staged in Germany Familienbande (2009) at Kammerspiele, Munich, and That Enemy Within (2010) at HAU, Berlin. Together with Ulises Conti, she composes and plays music, and released the almbums El amor es un francotirador (2007) and Los que no duermen (2011). Her projects with Stefan Kaegi are Chácara Paraíso (2007) involving Brazilian police officers, and Airport Kids (2008) featuring global nomads aged between 7 and 13 years old. In 2010-12, they curated a Festival of urban interventions Ciudades Paralelas in Berlin, Buenos Aires, Warsaw, Zurich, Singapore…

Her texts for the theatre have been translated into German, English and French, Lola Arias’ works for theatre have been performed at festivals including Steirischer Herbst, Graz; Festival d’Avignon; In Transit Festival, Berlin; We are here, Dublin; Spielart Festival, Munich; Alkantara Festival, Lisbon; Radicals Festival, Barcelona.

Arias is as authentic as she is prolific, something which has earned her a place in this year's LIFT festival at the Southbank with her work The Year I Was Born as well as an installation in the Barbican.

Musicals & Plays:
STRIPTEASE/REVOLVER DREAM/LOVE IS A SNIPER
A KINGDOM, A COUNTRY OR A WASTELAND, IN THE SNOW