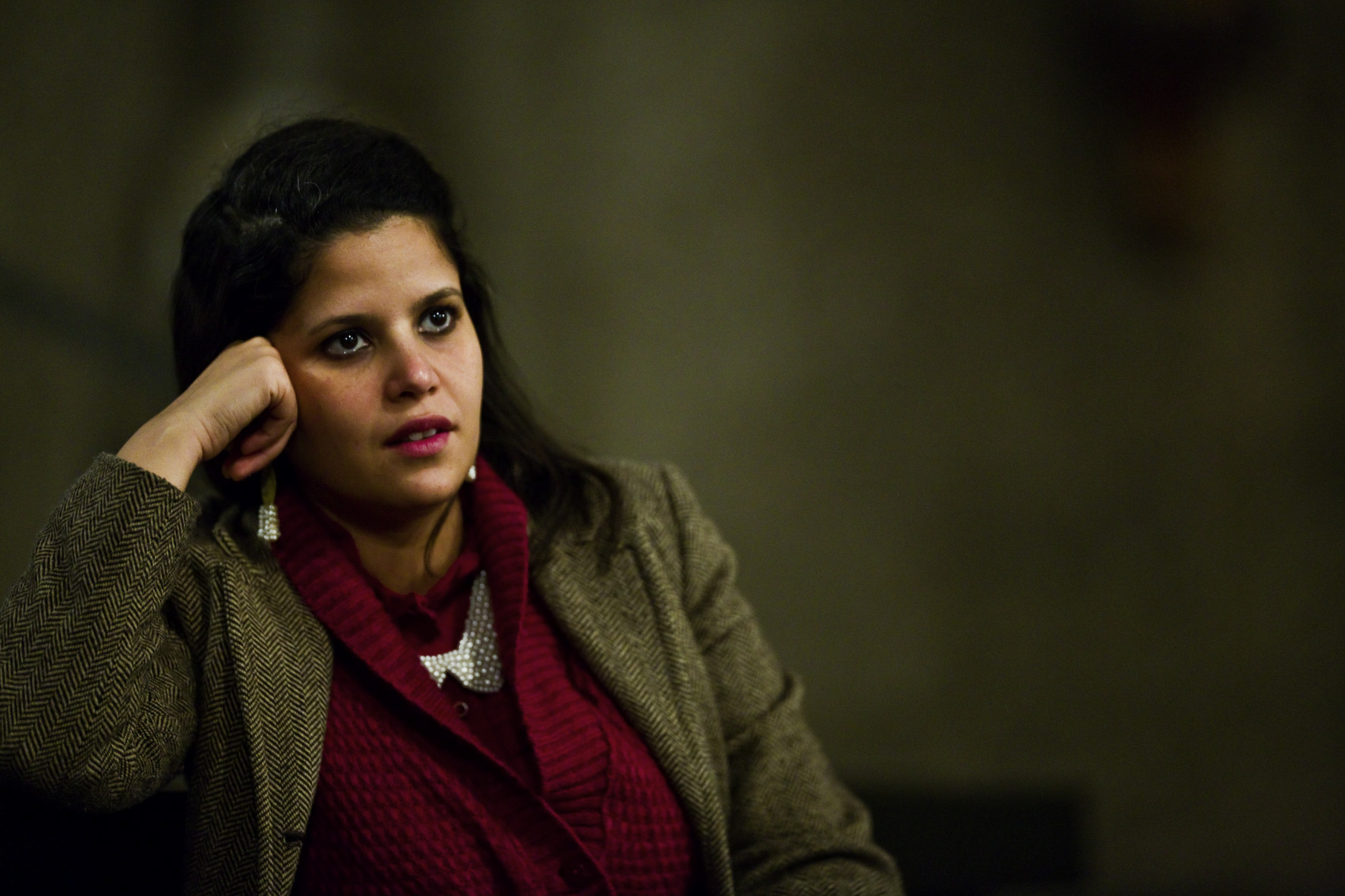 Meriam Bousselmi, born 1983 in Tunis, studied law and political science. She’s a lawyer registred to the bar of Tunis since 2010. In 2014, Meriam wonthe prize of the best end of training conference at the Tunisian bar in copyright law, and in 2015, she took part in the commission of elaboration and drafting of the Declaration of Carthage for the protection of artists in vulnerable situations. From 2002 to 2007 she worked as a playwright and director at the “Centre Arabo-Africain de Formation et de Recherches Théâtrales” in Tunis.

As an author she won the Literature of the Arab Fund for Arts and Culture for her book “Brouillon de vie” in 2007. In the same year she won the theatre prize of the organization “Ressources culturelles” for her piece “Zapping sous contrôle”. Her piece “Mémoire en retraite” was named “Best Arabian Theatre Performance 2011”  at the fourth Arabian Theatre Festival and presentend at Festival Avignon 2012. For Globalize Cologne 2012 she developed the performance sequence “Odette”. As Artist in Residence at the Academy of Arts in Berlin in 2012  she conceived "Truth Box," a traveling theatrical installation in several European cities: Berlin, Cologne, Luxembourg City, Müllheim, Paris, Avignon. She directed « SABRA , or What's up after the revolution » in coproduction with Theater an der Ruhr. In 2013, she participated in the International Forum Theatre Meetings in Berlin (Berliner Theatertreffen der Festpsiele 2013) and received the support of the World Academy of Arts Cologne for her international production "The Sin of success." In 2014, she staged « What the dictator did not say » in a coproduction of Les théâtres de la ville de Luxembourg and Fundamental. The play was selected to represent Luxembourg's 'Theatrical Creations' at the Festival Off d'Avignon 2015. The same year she wins BEST AUTHOR Award at the 7th Edition of GRANDS PRIX AFRIQUE DU THÉÂTRE Francophone. In 2015, her play « Mémoire en retraite » is staged in hebrew and arab in the Arab Hebrew Theatre of jaffa. She was the first Arab writer invited to the «FESTIVAL OF CONTEMPORARY EUROPEAN PLAYWRIGHTS » in Copenhagen with her play "What the dictator did not say." In the beginning of 2016, Meriam presents the play at  the prestigious Bozar. She was selected for  "Künstlerprogramm of DAAD Berliner 2016 ». In Berlin, she found the FOUNDOUKOLLECTIV ito  defend intellectual and creative efforts regardless of the nationality and to support interculturality and multiculturalism.

Musicals & Plays:
WHAT THE DICTATOR DIDN'T SAY
THE SIN OF SUCCESS
A LOOK AT THE WORLD