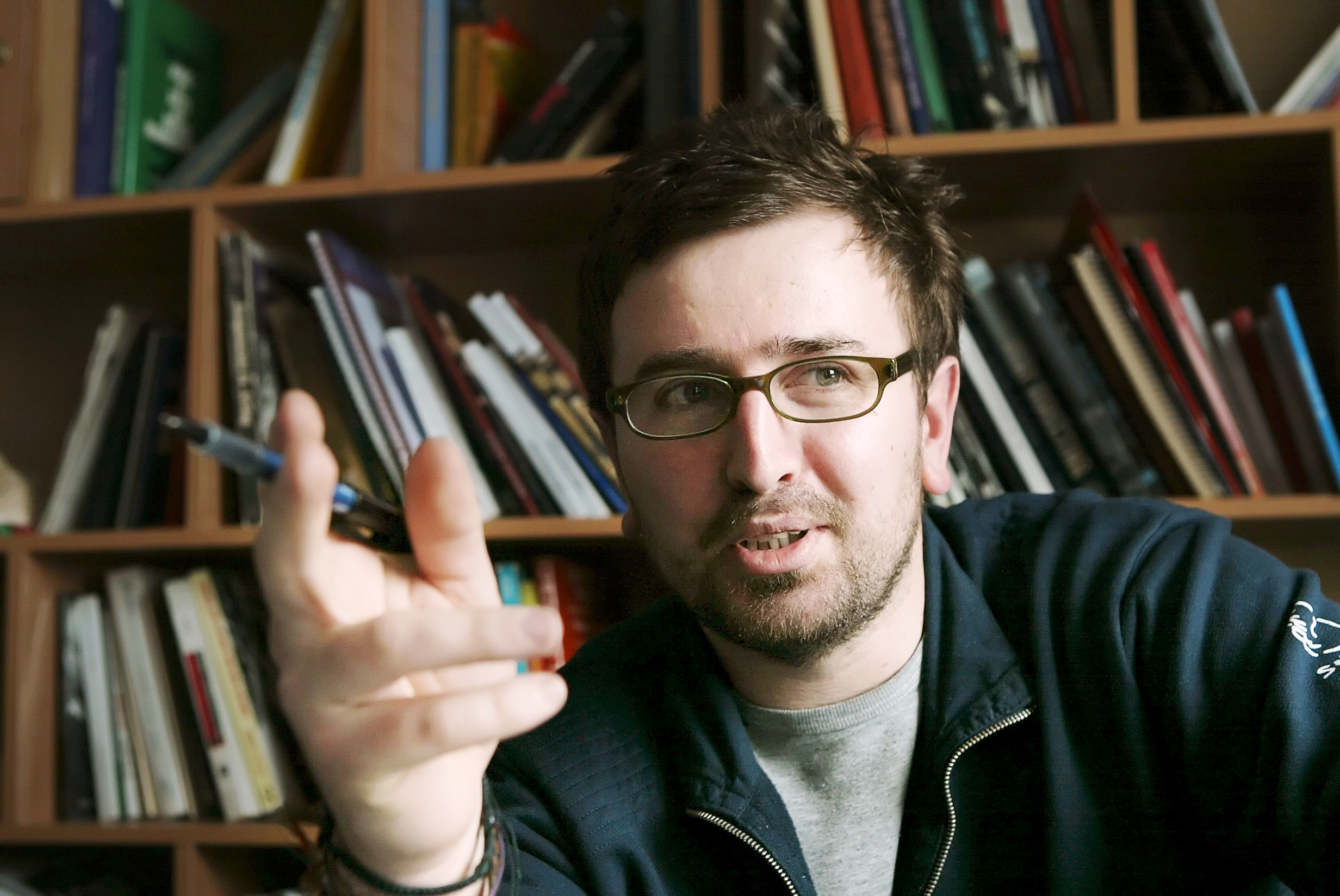 Jeton Neziraj is a playwright from Kosovo. He studied playwrighting, at the University of Prishtina. He was the Artistic Director of the National Theatre of Kosovo and now he is the Director of Qendra Multimedia (www.qendra.org), a cultural production company based in Prishtina.  He has written over 20 plays that have been staged (over 40 productions) and performed in Europe as well as in the USA. His plays and his writings have been translated and published in more than 15 languages.

His controversial political comedy “One Flew over the Kosovo Theater” was censored in Kosovo by Kosovo Government, while in Turkey, after it was produced, the General Director of the Turkish State theater had to resign, after he refused to censor parts of the play. The production of his play “Yue Madeleine Yue” was banned by the Chinese authorities to attend the Shanghai International Experimental Theatre Festival.

Production of his play “The Demolition of the Eiffel Tower” since it’s production in 2004, has been on a long tour across Europe, to several festivals and theater venues.

He wrote the screenplay for the feature film "Donkeys of the Border", that had its premiere in October 2010 and since then has been shown at various international festivals.

With his play "Lisa is sleeping" he won the first prize at "Buzuku" competition for the best Albanian Play in 2006. His play "One Flew Over the Kosovo Theater" won the Special Award at the 8th edition of the JoakimInterFest (2013), with the Jury motivation: "brave and non compromise play".

More about his work: www.jetonneziraj.com

"For Jeton Neziraj, not only Kosovo but the entire world is a madhouse. With loving mockery, he looks through the bars at the people inside." (Wolfgang Kralicek, theatre critic, Vienna)

“His texts which address urgent political topics, such as the problem of returning refugees, forced repatriation, and Islamic fundamentalism, can only partly be understood as “documentary theatre”, and he prefers to talk of the task of “dramatizing reality”. In his theatre, humour and comedy are phenomenal weapons destroying national clichés and conventions.” (Anna Maria Monteverdi, La Republica)

“One of the most charismatic, creative and energetic playwrights of the young generation in Kosovo is the playwright Jeton Neziraj, whose plays have been staged and translated in many languages” (Bekim Lumi, theatre director, Kosovo)

Musicals & Plays:
One Flew Over The Kosovo Theatre
The Demolition of the Eiffel Tower
War in Times of Love
Peer Gynt From Kosovo
o.REST.es IN PEACE - The Saga Of A Balkan Family