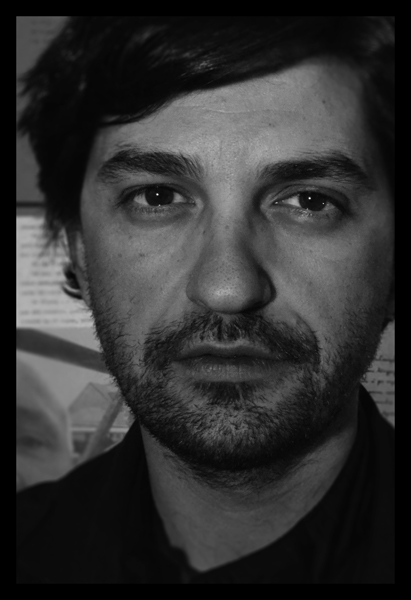 Tiago Rodrigues was born in 1977. At the age of 21 he quit theatre school to work with the Belgian company TG STAN, with which he has collaborated on a regular basis since 1998, touring in over 15 countries. He is considered to be one of the most influential young people in Portugal.

His theatre company Mundo Perfeito, which is organised around his works and those of other Portuguese and international artists and authors is at the forefront of Portuguese theatre. He has also contributed many devised projects as writer, director and performer.

Whether he's working 14 hour days as an apprentice at a three starred MICHELIN kitchen to create WHAT WE TAKE FROM THIS LIFE, filming one of Portugal's most famous TV anchors in silence for IF A WINDOW WOULD OPEN or creating a piece for the façade of a building in HOTEL LUTECIA, the work of Tiago Rodrigues is always recognised for its ability to break down the border between theatre and different realities.

Since 2010, Tiago Rodrigues began a new stage in his body of work, choosing to create his own pieces, whilst continuing to develop collaborative work. His first experience at writing and directing a piece  IF A WINDOW WOULD OPEN earned him a nomination for the Best Performance of the Year prize by the Portuguese Author's Society.

Tiago Rodrigues has also been developing several community artistic projects like a creative writing project with adolescent convicts that later became a national radio show; he has also written and directed SLEEPING BEAUTY, a piece for dancers and actors over 60 years old that gave origin to a company called Companhia Maior.

Musicals & Plays:
SADNESS AND JOY IN THE LIFE OF GIRAFFES